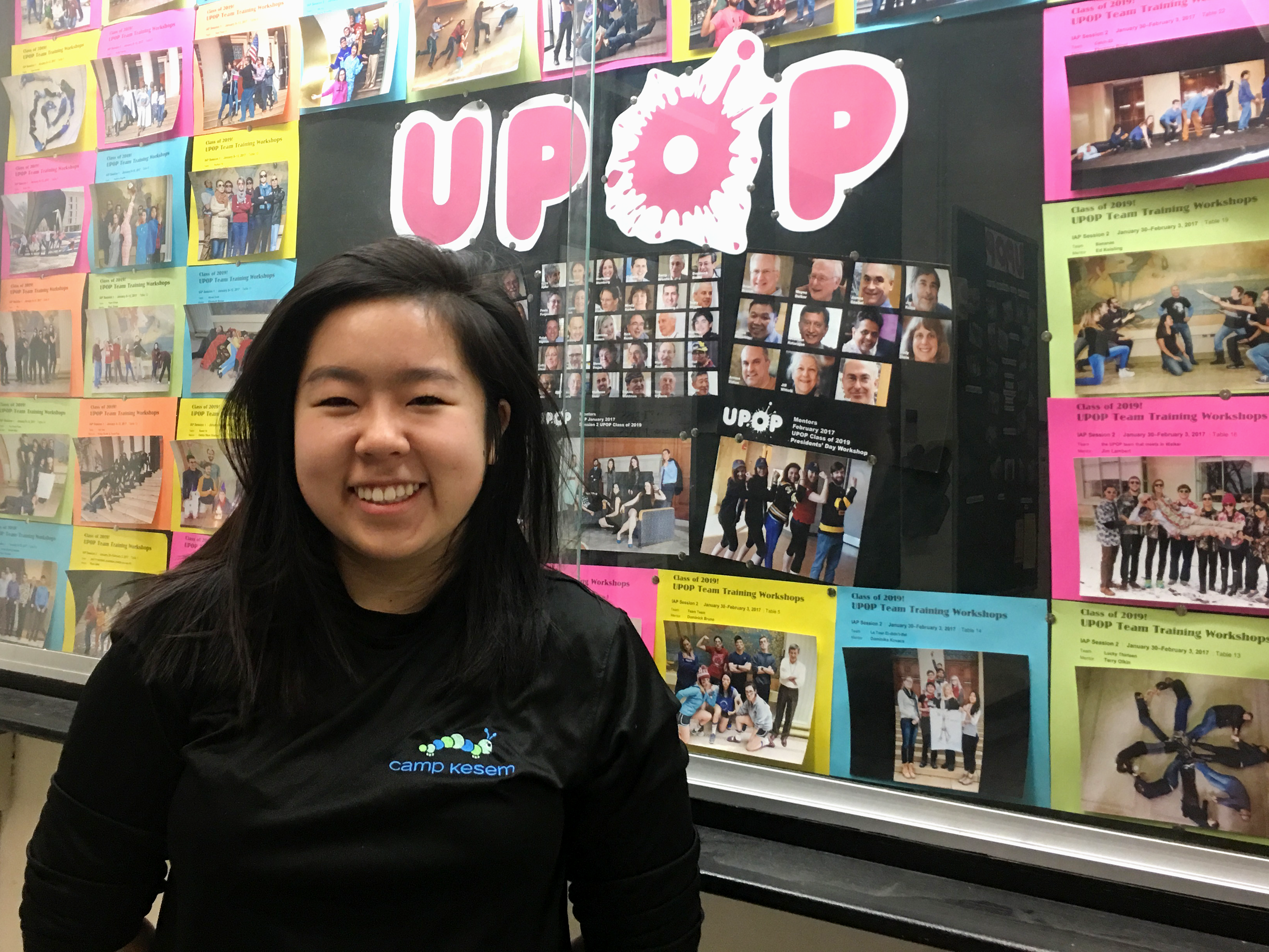 Jessica Jones
Gina Han ’19 says of her UPOP year, "It was really useful to me! I really needed it... UPOP helped me know how to work on a team, how to delegate roles, and communicate clearly."
Jessica Jones

UPOP prepared Gina Han '19 for the job-search process in ways that she appreciated only in retrospect—and it stood her in good stead when her junior internship fell through at the last minute and she had to start the job search from scratch.

"UPOP was illuminating," she said. "It opened up a lot of things for me that I 'didn't know that I didn't know'—and it made me a lot more competent in the job-finding process." Competence that helped her, she said, with the tricky issue of finding a replacement internship on short notice. (She did find an excellent internship for the summer of 2018.)

Gina, a mechanical engineering major now in her junior year, said that in her freshman and early sophomore years, for example, she had no idea what to do at a career fair. "I didn't know how to navigate it, didn't know you should look into companies beforehand. I didn't even realize that a career fair is not only an opportunity for employers to get to know applicants, but for us to learn about them. UPOP made it a lot less daunting!"

An important part of Gina's life is her commitment to the MIT chapter of Camp Kesem, the national college-based organization that provides free one-week sleep-away camps for over 7000 children who have parents dealing with cancer, or who have lost a parent to cancer. Having started out as a camp counselor in her freshman year, Gina will be a unit leader for the summer of 2018.

"This will be a big change, and also more responsibility—but I think it will be fun," she said.

Gina has found that the extensive training that Camp Kesem gives its volunteer leaders overlaps with UPOP's coaching in many ways. In particular, several of the experiential modules during UPOP's intense Team Training Workshops had quite an impact on her.

"Take Skyscraper, for example," she said, referring to the "organized chaos" module that kicks off each multi-day workshop, where the students compete in teams to build the highest—yet stable—"skyscraper" using only foam blocks and pencils. "Through that exercise I learned how important it is to properly delegate roles. We had no timekeeper! We got way off track on time!" As a Camp Kesem unit leader, Gina says she will have to make sure that those reporting to her have clearly defined roles, and that some of the more emotionally taxing tasks, like comforting distressed campers, are carefully delegated to different counselors throughout the week.

She also found the UPOP module on specifications to be unusually helpful, in retrospect. "The big take-away from Specifications was how important communication is in general. It's so important to clearly specify what you are trying to say—not only in a STEM environment, but especially in the context of working with really young children. I can't be subtle about wanting them to do something: they won't get subtlety! And it's not their fault: it's on me to clearly communicate in a way that they'll understand what I want, and what's happening next."

UPOP's "Presenting Professionally" module continues to be useful to her, she says. The presenter, the actor and consultant Peter Bubriski, coaches the students in distilling a message and engaging an audience, an essential skill in her role as a Camp Kesem volunteer, both in the camps and at fundraisers. "I have to give an elevator talk that isn't too overbearing—but that gets someone's attention."

When Gina applied to UPOP, at the beginning of her sophomore year, she wrote "I hope to develop professional skills that will allow me to network, communicate, and ultimately become a more competent employee."

Did UPOP meet her hopes?

"When I went into UPOP, I didn't think I really needed it, but coming out of it—oh yes, it was really useful to me! I really needed it! A lot of students don't realize that these are important skills that they don't necessarily have completely down. UPOP really helped me navigate the career side of things, and helped me know how to work on a team, how to delegate roles, and communicate clearly."